Game developer and publisher Level-5 just announced that they will be bringing their Nintendo DS original game, Professor Layton and the Unwound Future to Android and iOS on July 13th, which is just over a week from now. The game marks the third installment of the original Professor Layton puzzle game series to grace our mobile devices, with Professor Layton and the Curious Village and Professor Layton and the Diabolical Box hitting the platform years ago. The company also has several other games associated with the brand on mobile which we’ve linked at the end of the article if you want to fill your time until the new title releases.

You may be asking yourself why the feature image of this post says Professor Layton and the Lost Future. This is because the UK version of the game goes by that name instead. In fact, each of the mainline games go by an alternate name in other countries. For example, Professor Layton and the Diabolical Box name swapped to Pandora’s Box in the UK. This is probably done in order to provide clarity or familiarity to the target audience.

You can see more about the new game on the official website, but I will say that while I’ve never had the patience to complete a Layton game, I’ve played them a bunch and have always appreciated their charm, hand drawn cinematic and approach to puzzles. In a sea of action RPGs and FPS games, it’s nice to sometimes…unwind to a game that makes you really think critically. (Avoids saying “…think outside of the box…the diabolical box” outside of the perenthesis)

A large cast of eccentric non-player characters, as well as an invocative soundtrack designed to match the varied game environments and gameplay

More than 165 new puzzles weave seamlessly into the storyline, challenging player with fun, brain-teasing logic puzzles and riddles, and even new types of puzzles

As with previous incarnations in the franchise, weekly downloadable puzzles will be available after launch for a limited time

Level-5 is responsible for many great games including the Yo-Kai series and Fantasy Life, neither of which I’ve had the pleasure of playing at all, so if these titles follow suit and come to the platform, I will be very pleased. Usually, these games go for about $9.99, so get ready to dish out the price of a breakfast and coffee at your favorite restaurant when this game launches. I can tell you from personal experience though that this will be well worth it. The puzzles are sometimes very difficult and the gameplay certainly isn’t for everyone, but if you’re anything like me, you’ll have a lot of fun mixing up your gaming experience in this way.

Keep in mind that being a premium Nintendo DS title, these HD remaster of the series’ entries are full experiences and are not plagued by any of the mobile stigmas like micro transactions or ads. The quality and amount of thought and care that goes into these titles that hit handheld consoles is usually of a higher caliber than that of mobile games. We’d like to see more Nintendo DS titles come to mobile too, but developers will have to learn how to manage gameplay made for two simultaneous screens on one screen only. One way this is done with the Professor Layton games is by adding the second screen to a pause menu. Normally, the second DS screen houses passive, informational aspects of gameplay while the primary screen shows the character and action, so it translates pretty well to mobile, in my opinion.

In the meantime, you can also get your puzzle fix with the recently released premium title The Academy: The First Riddle which takes inspiration from both the Professor Layton series and Harry Potter. I’m personally more a fan of the Layton puzzles though as The Academy’s puzzles don’t really seem to make much sense if you think logically. It feels as though it’s more about tricking the player and asking them to think in irrational, illogical and nonsensical ways.

Are you excited to play more Professor Layton on your phone or tablet? Let us know in the comments below! 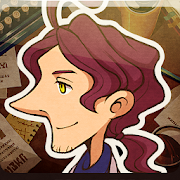 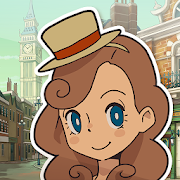 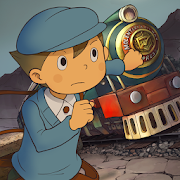 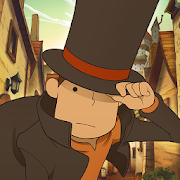