While we’re all stuck at home, our little ones are becoming increasingly bored and as a result of that, antsy. My son can only watch so many episodes of Nick Jr. shows. During the pandemic, we’ve built forts out of household objects, gone outside and rode a new scooter and a bike and played pretend with his stuffed animals more times than I can count. Sometimes, though, us parents need a bit of ‘me time’, am I right? Here are the top ten games your child can play on their new Chromebooks that provide tons of fun and education as well.

This is a learning program for kids aged 8-13. Begin your quest for knowledge in a virtual school created by the makers of ABC Mouse. You’ll complete educational challenges and quests crafted and approved by real teachers. Collect hundreds of clothing items and customize your character and a home as well.

The game is free to install as it gives you a 30 day free trial, but costs $59.99 per year. I’m about to buy this for my son and I think it has an incredible value for that price. I definitely recommend you check this one out first.

There is also a web app for you too, if you don’t want to take up more storage on the Chromebook, but may have less responsive touch controls than the Google Play version 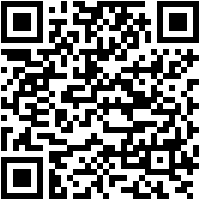 Scribblenauts is a classic from the Nintendo DS era. It allows you to create almost anything just by typing a word it in a notepad. The later games, including Scribblenauts Unlimited allow you to combine adjectives with nouns so you can create crazy combinations in order to help in game characters who give you starites (stars) in return. It’s a great game to teach your kids problem solving and critical thinking and spurs the imagination. Just avoid putting things together that may harm each other (The T-Rex attacks everything) if your child is too young. 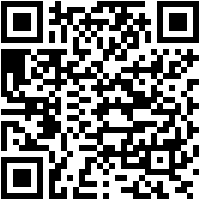 This game is entirely web-based and allows your kids to explore different aspects of internet safety. It runs really well and has fun looking, colorful graphics. Your kids will answer quizzes and play games to defeat the bad guys of the internet. See if they can complete each island!

We recommend creating a shortcut for this game so that it’s accessible as a standalone experience from the shelf of the Chromebook.

For most, Minecraft needs no introduction. The game is made up of what are called voxels or millions of 3D cubes to put it simply that can be broken or placed to create incredible worlds from your child’s imagination. They can collect and craft new things, fight monsters and interact with animals.

You can see what we had to say about Angry Birds 2 and why it’s the perfect quarantine game here. There are 90 levels of fun as your child slings cartoon birds at structures made from ice, stone wood and more in order to recover the eggs that the pigs have stolen. The game is entirely physics based so as the birds destroy things, those things will be effected by gravity as in real life.

The only game as popular as Minecraft to my understanding for kids right now is Roblox. The game has a similar premise, though it’s not based on a voxel system. Kids can create their own worlds and invite their friends to them. They can create anything they can imagine. It’s almost like a small game development engine for kids. We’re thinking Google Stadia’s upcoming Crayta will be a grown up version of this concept.

Brought to you by Nickelodeon, Noggin takes all of their intellectual properties including Blue’s Clues and The Paw Patrol and packs in loads of educational games, interactive episodes, 1,000+ ad-free full episodes and even eBooks for your kids to pass the time with based on them. 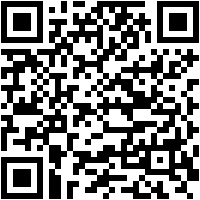 ABC Mouse allows your kids to create an avatar, or version of themselves to play and learn inside of a virtual classroom. They earn tickets and can buy things like clothing items and decorations for their personal space. It’s for children ages 2-8 and costs $59.99 per year just like their other game Adventure Academy, mentioned above. You get the first month for free here as well.

Some parents find that the web app experience is better than the downloaded app. You can use either! Providing games and experiences for kids based on a grade school structure, your children can play games, based on a variety of subjects right in their web browser or with the Google Play app. ABCya! is the leader in educational games for kids and rivals the likes of ABC Mouse. I’ve noticed that some of the halloween games can be a bit scary for younger kids or toddlers, so as always, keep an eye on what they’re consuming digitally. 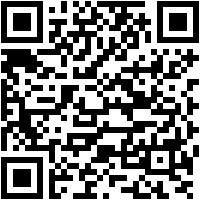 With over 100 free learning games from your kids favorite PBS characters like Super Why, Arthur, Sesame Street, Odd Squad and more, this app even has resources for parents built in. You can learn more about the series your kids will be watching on PBS and what they’re teaching them. PBS’s goal is to make a positive impact on children through curriculum-based media no matter where kids are. What games do your children play on their Chromebooks? Let us know in the comments below. We’re interested in hearing! Let’s all stay safe during these times and provide our loved ones with educational content to further their development in the interim.