The First Game to be Developed by An Archaeological Museum

Father and Son is an incredibly well delivered experience that focuses more on the emotion it can dig out of you than the visuals it can drill into you. Although it’s a few years old, it’s still worth taking a deeper look at. It’s a game that does not hold your hand, but rather it trusts you to discover the nuggets it’s trying to convey through its storytelling and therein lies its greatest value. Developed by the Naples National Archaeological Museum, it may initially be easy to disregard as a cash grab, especially since any game developed by an organization is generally such and with its lack of AAA graphics, as it goes with a low detail, painterly style which implies a lot of meaning instead, you’d be forgiven for glazing over this one when it came out two years ago.

However, this is one of those rare, poetic gems that you’ll definitely want to spend a few dollars on. The game features incredibly good animations, gorgeous particle effects and beautifully orchestrated music which, by the way, was developed by a polish musician named Arkadiusz Reikowski. His soundtrack is available HERE for a small donation.

To truly immerse yourself in this game and to get the most out of its story without being distracted, I recommend trying to play it in one sitting. It’s relatively short, coming in at only about an hour and you’ll thank me afterwards. In my opinion, this game belongs on a Chromebook rather than a phone as I found that I became far more enthralled by the game’s audio and visuals with my Pixelbook Go’s screen and speakers.

We’ll be taking about the game’s story, so if you would like to play the game for yourself without any prior information, please revisit this article afterwards.

The Story and Gameplay

The story follows a young adult named Michael, who, after reading a letter left to him by his late father, Frederico, travels to the Naples National Archaeological Museum to delve into the mind of the man who failed to be a part of his life for much of his youth. In his letter, his father asks him, selfishly, to try to understand why he chose his work over him by studying his findings at the museum, where he worked. The game has an amazingly cool mechanic where it switches you between two separate characters in real time – that is, Michael in the present and an ancient historical inhabitant of the time he’s investigating across time with the press of a button.

I found that requiring you to visit the Naples National Archaeological Museum in real life to unlock two of the five rooms of the museum was an extremely refreshing approach to extra content. Sure, I’ll probably never get the opportunity to visit as I live in the states, but travelling to the museum and spending real money on admission to see real art that you can appreciate instead of being plagued by microtransactions that break the immersion is an oddly refreshing experience. Even though they built the game to raise money for the museum, I think that by its very design, the ‘microtransaction’ model in the game feels less pushy and game breaking as its meant to draw you deeper into the story and the heart of its intent. Who knows, maybe if you get to visit the museum one day you’ll connect as deeply with some of the art there as Michael did.

After one particular scene in the game, I found myself sitting down at Michael’s kitchen table and thinking over a cup of coffee about the concepts that had been presented to me. As I’m trying to keep this review spoiler free, I will leave out a handful of my deeper observations, but I will simply say that playing this game as a new father left me to think more carefully about the choices I will make to be a part of my son’s life and to protect and raise him properly.

A Game With Deeper Meaning

You see, Father and Son is an observation of a love forever hanging in the balance. Uncertain and unsettled. Trapped in time. I think many of us will be able to strongly relate our past to this. Luckily, the past isn’t what defines us – our present and future do. Our ability to find balance in our work life and our home life. Between our creativity and our family. Perhaps our work is all meant to be for our family and not for ourselves. After all, in the end, the only thing that matters is our relationships.

You can pick up Father and Son below, or you can visit the Museum’s website HERE 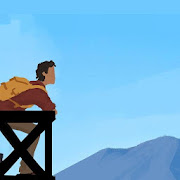 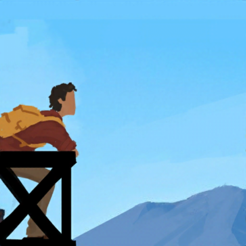