If you like speeding past bad guys to see that your blade had found its way through their midsection like an old Samurai movie while bopping to a hip hop track and if you’re waiting, like us, for Samurai Jack: Battle Through Time to release on the Nintendo Switch, then you’ll like Astalo. Tree Men Games, developer of PAKO the car chase simulator, just dropped the beat on Android today.

This dungeon crawling action game was designed first for mobile using exclusively a portrait mode for its gameplay. Drag your finger across the screen to aim at enemies as they come closer to you. Let go to slice through them and cut them down to size. Each time you beat the enemies on your square piece of land, you unlock another and progress to it. To avoid dying, you should make sure that the enemy is close enough and highlights in yellow before you let go of your swipe. Otherwise, they will return the favor.

Featuring one button hack and slash gameplay, secret treasure and power ups (like throwing scissors, of course) and hoards of evil monsters which you can take on in an endless mode (that’s extremely hard from the get-go) while watching cool slow motion effects, you’ll unlock various characters to play as such as a warrior, a ninja, a monk and even death itself, to name a few. Each character has different stats too, which will, of course, change the gameplay.

There is no doubt that I’ll be trying to score as high as I can here and unlocking a bunch of the available achievements. Pick it up on the Google Play Store for your phone or Chromebook, or grab it on the App Store for your iPhone or iPad! 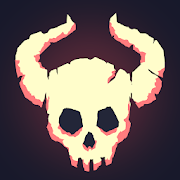 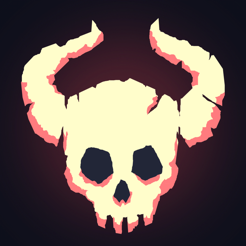